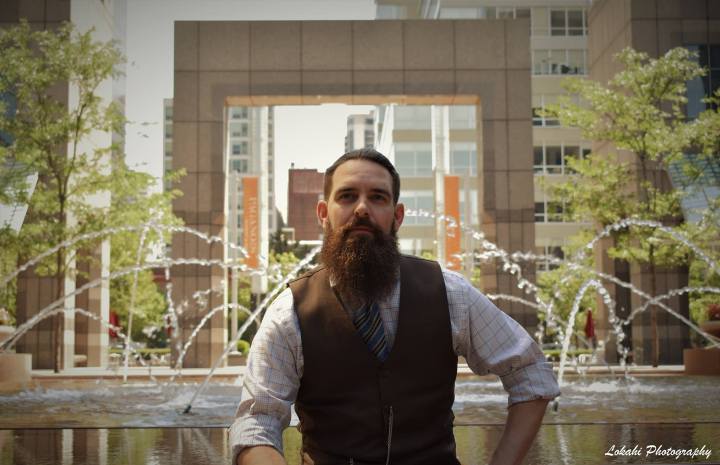 The legend Michael Wink has returned with a vengeance for his 2nd festival to honor beards in Philadelphia July 16th, 2017. It will be hosted at the Piazza at the Schmitt’s Commons. The 1st BeardFest in April was a huge success but dim weather conditions put a slight damper on the occasion. With over 500 people showing up, it was proven that Philadelphia loves beards no matter what the weather is. After the event, many guests and vendors asked Michael to host another event before the year was over thus BeardFest 2 was born!

Speaking with Michael he went on to say: “Philadelphia is thriving with beard culture. Beards are a fashion trend that is as old as time but also fosters a sense of brotherhood and camaraderie. The people of Philadelphia are passionate about everything including their beards. This is the perfect home for beards! I have already had people travel from Connecticut and Virginia to attend our last event and in the following years, I want to see people come from all across the country.”

There will be multiple companies displaying their beard products such as wax and oil as well as demonstrations. The event is for anyone from people with a 2-week mane to the great Odin himself. Michael went on to say:

“Most beard events are just a competition which is basically a pageant for beards. The
competition portion of our Festival only makes up only a small piece of the overall event. I try to pack in as many beard culture or “Manly” elements in this event as I can. You’re not going to be able to throw axes, see a blacksmith forging or participate in bearded speed dating at other
events but you will at ours in Philadelphia. At just our next event alone we will feature a beard
competition with 5 categories, spirit tastings from Eight Oaks Distillers, a 30’ airstream trailer
converted into a mobile cigar lounge by The Traveling Tobacconist, Glass blowing
Demonstrations, Outdoor games, Axe and Tomahawk throwing by Molly’s Hatchets, 4-time
award winning DJ and bearded wonder DJ Trubble Maker, Beard themed music videos on the
jumbotron, Food, Beard grooming stations featuring the area’s top Barbers and other beard
related vendors.

Beard Fest 2 will also feature an arm wrestling tournament to raise money for
travel expenses for Eric Komar an arm wrestler affected with Spina Bifida that has qualified for
the world championship in Budapest. Eric’s story was told to me by Christopher Bruce who
happens to be the MC of the Festival. As soon as I heard the story I agreed that we had to do
something to help this guy get to Budapest. So as you can see there are lots going on at our festival so I hope everyone comes out July 16th and supports us whether you have a beard, love beards, or just want to have a good time all are welcome at The Philadelphia Beard Festival.”
See everyone there!
Grab your tickets at www.PhiladelphiaBeardFest.com

Mike D. Joseph: The New Face Of A Revolution